Off The Record: Masked Marketer

Editor's Note: “Off The Record: Masked Marketer” is a new series where we peek behind the scenes thanks to an anonymous marketing leader to gain insight into real-world best practices. The following story comes from a former CMO of a large Asian electronics company who learned the hard way about the importance of vetting a foreign company before joining its ranks. It has been edited for length and clarity.

The Asian electronics giant relentlessly came after me over and over again. At the time, I was a three-time experienced marketing leader with 25 years of global team leadership of all major cultural archetypes, including across Asia-Pacific cultures, for some of the best-known Fortune 100 CPG brands of U.S. corporations. I had the depth and breadth of brand marketing, product innovation and business development experience that this Asian electronics company was looking for.

During the interview process, I met repeatedly with the Regional CEO of North America, a highly experienced Asian business man skilled in sales and marketing who peppered me with questions. He was smart and engaging and gave me a list of top marketing priorities. My respect for him grew, and I was left to assume that I would be reporting to him directly. The other man in the room during the interviews, an Asian executive, hardly said a word.

Related: Don’t miss our webinar on how marketers win in the revenue game!

After several interviews with the Regional CEO, and reviewing their initial CMO contract and compensation package, I thought hard about whether to say yes. After initial due diligence, I contacted their Regional Head of HR and told him that I was pulling myself out of consideration. The HR Head said that they really wanted me and asked me to please reconsider. The HR Head proceeded to contact me every week with greater responsibilities and a more lucrative compensation package.

Because the HR Head was courting me so strongly, I decided to conduct additional research. I asked that I be given the opportunity to meet with the senior most local-hire American in the Regional office, who was the SVP of sales, to attempt to get the truth about the company, business and culture. Looking back, I got the party line from him, not the truth.

At some point, you need to make a career decision. While I was happy and doing well where I was at, this North America Regional CMO job scope and responsibility across all B2C and B2B businesses would be an opportunity to learn and grow in the fast-paced electronics industry. With my 25 years of global experience working with many different cultures, including Asian cultures, I truly believed that I could learn, adapt and succeed — and so I took the job.

On my first day, you can imagine my surprise when I found out that I would be reporting to the executive who had been quiet during the interview process instead of the Regional CEO who did all of the talking. I was further shocked when the executive (now my new boss) told me that his priorities weren’t even aligned with the top priorities his boss, the Regional CEO, had given me.

Then my new boss said my CMO role would not include the fastest growing, critical division of the company. It was one of the reasons why I took the job in the first place. A substantial portion of my role, which I was told would be in my scope, was taken away behind my back. I found out that day that they were interviewing and hired a CMO for that product division at the same time they were interviewing me. That CMO started on the same day as me.

Adding insult to injury, the HR Head who I had built a trusting relationship came to my office on my first day to wish me luck. He informed me that now that he successfully recruited me, he would be leaving the U.S. offices and returning to the company’s headquarters in Asia. I felt betrayed and quickly realized that the reason he came after me so aggressively was to punch his ticket to be repatriated. I had been plunged into a culture of secrecy and untruths.

Related: Are you winning the business of the digital buyer? Take our survey!

Language was used as a kind of concealing cloak. The American senior sales executive and I were the only native English speakers at the U.S. offices. Weekly C-suite meetings were conducted in their native Asian language, and we were given a short summary in English. Much of the debate, detail and strategy was not shared with us. Much context was lost as we were not seen as equals.

Product teams back at headquarters kept new plans close to the vest. Regional business units were given information at the last minute, forcing them to develop and share harried consumer plans with retail partners. Meanwhile, getting budgets was a back-and-forth negotiation between headquarters and the divisions.

And then I found a mole in my midst.

It Gets Worse — Much Worse

If the first few days weren’t bad enough, things only got worse. Two female direct reports came to my office asking to speak to me confidentially. They told me that my new boss had made sexually inappropriate comments to them. They had reported this to the corporate head of HR, but nothing happened. They asked if I could report it on their behalf.

I informed the second highest ranking person in HR, who showed concern and took notes. Then this individual said that my boss was connected to the senior most individuals in the company and, therefore, untouchable. Not surprisingly, I never heard anything more on this.

More bad news: Government investigators began looking into potential tax evasion at the company. As CMO, I was getting interview requests from business media, and so I quickly went to my superiors for advice. I was told this chestnut: “Don’t worry about those things. We operate with different business ethics than Americans.” My jaw dropped.

Sure, I continued to operate with transparency but also began employing political cunning and emotional intelligence in ways once unimaginable to me. I sought out and built alliances with people who showed integrity. I learned who to trust.

But this is a reactionary tale of survival. The better path would have been to avoid getting into this situation in the first place. Or at least come into the job with a better understanding. You don’t want to get culture shock on your first day on the job.

Here are my three lessons learned: 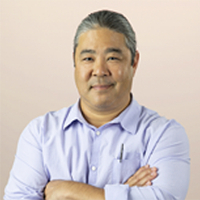