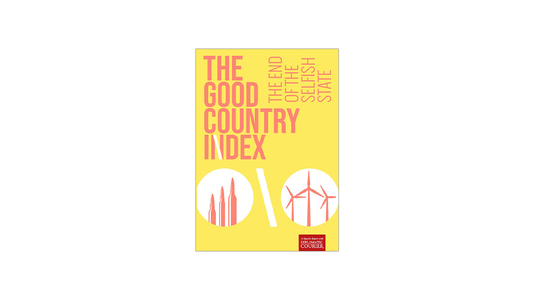 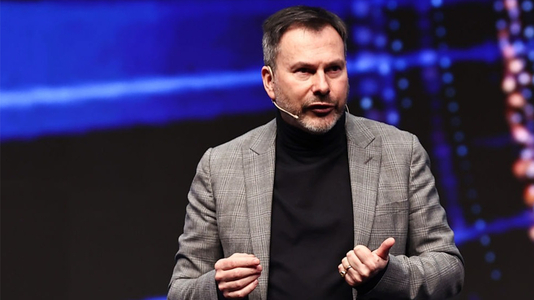 CMO COUNCIL: How did you become the number one expert on National Identity Management worldwide?

ANHOLT: Basically, by pointing out that “nation branding” is a myth! Back in the 1990s I proposed that countries (and cities and even towns and villages) had images just like the brand images of products and corporations, and that those images were equally crucial to their success.

But having coined the term “nation brand,” I then had to spend much of the next 20 years trying to explain that this was just a metaphor. While a strong national image is certainly essential to economic progress, you can’t build one with logos, slogans, advertising, or PR campaigns. That’s called propaganda and although it can work quite effectively within closed societies, it always fails internationally.

In 2005, I launched the Anholt Nation Brands Index, a study that measures the images of 60 countries every year, using a panel of 60,000 consumers around the world. This study has now accumulated over one billion datapoints tracking “how the world sees the world”.

Having established these basic principles, I went on to advise the governments of around 65 countries – during the last 10 years increasingly at the level of Head of State and/or Head of Government – and continued to research the phenomenon in more and more depth.

ANHOLT: Well, there’s really no such thing as “good Nation Branding” because “branding” doesn’t work for countries: research has repeatedly shown that there is zero correlation between any country’s international image and the amount of money spent by its government on national self-promotion (although of course marketing is essential for tourism promotion and certain other sector-specific activities).

An analysis of the Anholt Nation Brands Index from 2005-2014 delivered the surprising insight that the primary driver of a powerful and positive national image is the perception that a country contributes usefully to the world outside its own borders: to humanity and the planet. In other words, success alone doesn’t drive a country’s “brand” nearly as much as its contribution to resolving shared challenges. People prefer good countries to rich, powerful, ancient, beautiful, or advanced countries. It turns out that corporate social responsibility applies as much to nations as it does to corporations.

So, the best way for countries to “work on their brands” is by collaborating consistently and imaginatively with others to resolve the challenges facing all of us today: disease, conflict, climate change, and so on. No matter how small a country is, if it successfully harmonizes its domestic and international responsibilities – doing the right thing for its own people and its own territory whilst at the same time benefiting other people and places – then, over time, it will earn a stronger reputation, and that will enhance its ability both to attract foreign investment, tourists, talent, international events, diplomatic and cultural relations, and to export its goods, services and ideas.

And the good news is that you don’t need to be a rich or powerful country to harness this effect: in fact, smaller and less familiar countries – and that includes poorer ones too – may well have something of an advantage these days, as admiration for the traditional power holders and former colonizers wanes, and public sentiment shifts in favor of what Joseph Nye calls “soft power”.

CMO COUNCIL: Why is your new “Good Country” Index timely and relevant given today’s geopolitical turmoil and conflict?

ANHOLT: The basic purpose of the Good Country Index is to present people with good, well-organized, reliable data that enables them to conduct informed discussions about which countries are helping and which are hindering human progress. It encourages people to ask new a question about countries: instead of constantly asking “how well is this country doing?”, to ask “how much is this country doing?”

CMO COUNCIL: What are the essential criteria used for evaluating and ranking good versus bad countries?

ANHOLT: We use 35 datasets, most of which are produced by the U.N. that measure the actual behavior of countries in seven categories including peace and security, science and technology, health and wellbeing, climate and planet, etc. The combination of these big datasets produces seven category rankings and a single overall ranking.

Having said this, I maintain that it’s not only possible but necessary for even very small or poor countries to contribute meaningfully to the international community without in any way neglecting their domestic challenges: in fact, done the right way, “working at home” and “working abroad” should complement and enhance each other. This has been the focus of my day job, advising governments around the world, over the last 20 years and more, so it’s grounded in practice as well as research.

Notably, only three or four of the 35 indicators that drive the Good Country Index are measurements of spending: being a “good country” is certainly not the same thing as being a rich country that gives away spare cash to poor countries. This is a systems approach to macroeconomics and international relations, not a call for charity or self-sacrifice: nothing could be more unrealistic or unhelpful than asking countries to suborn their own interests in favor of other countries.

Furthermore, I divide many of the 35 indicators by GDP to create a level playing field. This prevents larger or richer countries from achieving an unfair advantage in the Index.

CMO COUNCIL: Which nations stand out and why? (From both a positive and negative brand perspective.)

ANHOLT: The countries of western Europe in general, and the Nordic countries, in particular, dominate the top end of the index. This is probably because the experience of close cross-border co-operation and collaboration, over the decades and centuries, has taught these countries that working together brings shared security and prosperity. To a lesser extent, the same effect is to be found with members of the Commonwealth.

Having said this, there are enough countries in the top half of the index that have small economies, few natural resources, or have been the victims rather than the perpetrators of colonialism, to show that being good doesn’t necessarily correlate with wealth, race, religion, or political systems.

CMO COUNCIL: To what degree does country of origin influence customer consideration, purchase and loyalty?

ANHOLT: To a very significant degree, and there have been hundreds of academic papers written since the 1950s demonstrating how potent the “country of origin (COO) effect” can be. In fact, coming from the right country provides such an advantage in the marketplace, companies have long misled consumers about the nationality of their brands purely in order to leverage this effect (for example, Häagen-Dazs ice cream isn’t German or Scandinavian: it was created – and the name invented – by Reuben and Rose Mattus in the Bronx, New York, in 1960).

CMO COUNCIL: Which companies or commodity marketing boards have done a good job of leveraging the brand narrative and heritage of their native countries?

ANHOLT: Kenya and Morocco have done a remarkable job of establishing themselves as not only acceptable but also trustworthy sources of much of the fresh fruit, vegetables and cut flowers sold in Europe today. It’s much easier to build a COO effect when a traditional association already exists between the country and its produce – such as Guatemala and coffee or chocolate, for example – but much harder to build the association from nothing. New Zealand kiwi fruit was another such success in its day, as was Bulgarian wine.

My favorite individual brand story is Dilmah Tea, the only 100% domestic Sri Lankan tea producer that’s managed to build a prestige global brand (almost all the other big brands of “Ceylon” tea today are multinationals, and most of them descend from British Empire planters). I featured Dilmah and a number of other emerging market brands with global potential in my 2003 book, Brand New Justice, which explored the notion of brand-building as a tool for economic development.

CMO COUNCIL: Using New Zealand or Sweden as an example, illustrate how nation brand perception can improve export and demand for country-of-origin products and commodities?

ANHOLT: New Zealand and Sweden are both good examples of countries that enjoy strong international associations with competence, fairness, political and social stability, prosperity, sustainability, and purity (in fact New Zealand used to have a slogan, “100% Pure” – I’m not a fan of country slogans but this one seemed to help). These associations continue to be very useful in helping promote their agricultural produce and much else besides: the perception that the populations of these countries are honest, hard-working, intelligent, and dependable is a powerful driver of the attraction of their companies and products.

This creates a virtuous circle: the more people’s perceptions of the country support its exports, the more those exports support perceptions of the country. It’s not surprising that some countries with powerful COO associations – such as Switzerland, for example – have become very rigorous about defending their COO mark, and limiting its use to properly vetted organisations. It’s not enough just to be a Swiss company if you want to put a Swiss flag on your product: you have to qualify.

The good news about all this – and the bottom line – is that it is now possible to prove to governments that “if you want to do well, you have to do good”. Corporate social responsibility or ESG is a private-sector revolution that’s about 30 years overdue at the level of the nation and the city.