Brands of all sizes are embracing cause marketing. Consumer awareness of brands’ impacts on the environment is on the rise, along with an increased understanding of where companies stand on social and economic issues of the moment. As a result, authenticity of companies now sways buying decisions as much as the quality of products.

Today, brands need to market themselves by communicating on issues relating to their corporate social responsibility as much as the USPs of their products. That’s what cause marketing is all about—it sees companies champion important cause while putting their expansive reach to good use and engaging their audience.

When it’s done well, cause marketing can be an enormously powerful tool. But any discrepancies between what a company says, and what it really does, can bring a campaign tumbling down in mere moments.

While we can acknowledge that being relevant to the times we live in is one of the best ways to connect with audiences, this has to be done authentically and sensitively. Major businesses have fallen foul by seemingly using important cultural moments to promote their brand, rather than the other way around.

Some big brands have been criticised for trivialising hugely important movements, such as Black Lives Matter. By failing to represent real experiences, these brands appeared to make light of this incredibly important movement by showing people as smiling, hugging and laughing. This wrong step caused global businesses to pull huge advertising campaigns and issue apologies: a mistake that cost them more than mere advertising dollars. With organizations’ marketing budgets dwindling more each year, brands can’t afford to make these kinds of mistakes.

Not Practicing What You Preach

Several of the world’s largest global businesses have placed equality and diversity at the top of their business’s agendas—and for good reason. According to the UK Government, “the difference in employment rates between the White ethnic group and all other ethnic groups combined went down by 5 percentage points between 2004 and 2019.”

Some advertising teams used this as an opportunity to showcase their company’s core values when it comes to equality for all. Positioning themselves as front and center of the conversation around change.

However, this move then invited the public to put a spotlight on these companies’ own equity problems, looking at their hiring practices and the diversity of their workforce. Sadly, many companies have been found lacking in this area, particularly when it comes to their senior management teams. An embarrassing and shameful moment for those brands.

Since 2017, UK companies employing over 250 people must report on their gender pay gap. This has prompted wider discussions into why there is a gap in the first place and many companies are looking at ways to tackle this issue.

To position themselves at the forefront of this important conversation, excited marketing teams have been known to concoct seemingly brilliant ideas to bring awareness to the gender pay gap.

Unfortunately, this hasn’t always gone well. Some companies have been called out for dumbing down the issue and being insensitive. For example, using pink to represent the gender pay gap as a ‘women’s’ issue’, while many campaigners see this as a problem for society as a whole, not just an issue for women.

After promoting themselves in this gender pay gap arena, some big brands landed themselves in hot water for their own approach to tackling sexual discrimination in the workplace, showing themselves to be ill-equipped to lead on the gender issue.

Not all companies should get behind all causes. As with any campaign, relevance and authenticity are key. For example, a tobacco company would seem hypocritical and inauthentic promoting a lung cancer campaign, when tobacco has been directly linked to causing cancer.

Some advertising campaigns forget the relevancy and authenticity rule and promote themselves as providing a solution to a problem, when in fact they are a contributor to the problem in the first place. This issue is prevalent among the fast-food industry, promoting ‘healthy lifestyles’ or backing health charity campaigns by donating a proportion of each sale to the campaign.

Critics have pointed out the hypocrisy of supporting campaigns when you are part of the problem. For example, if fast foods with dangerously high fat levels are known to be a contributing cause of cancer, campaigning for cancer cures seems confusing, inauthentic and hypocritical. Because of this disconnect, many of these campaigns have ultimately failed.

Now, how do brands execute an effective cause marketing campaign?

Focus on authenticity to avoid common pitfalls. Big businesses don’t often make awkward blunders when it comes to cause marketing, particularly now that they know they’ll soon be called out if their campaign messages don’t match up with their real actions.

From time to time, mistakes still happen. At the heart of most of these failed cause marketing campaigns is a lack of authenticity, and it’s this that has led to criticism that ultimately spelled the end for these confused cause marketing ideas.

If you’re planning a cause marketing campaign and want to make sure you get it right, think carefully about your audience before you start diving into controversial topics. Make your brand’s positioning clear on an issue before you launch a campaign, and make sure audiences won’t have a reason to question the authenticity of your message once it's out there.

If you’ve done your research and you’re taking a stand on a topic that’s important to your brand and relevant to your buyers, then you’ll likely see great results from your cause marketing efforts. Look at some of this year’s top cause marketing trends for inspiration.

Does Purpose Lead to Profit?

Why Purpose is Profitable

Why Brands Need to Speak Up 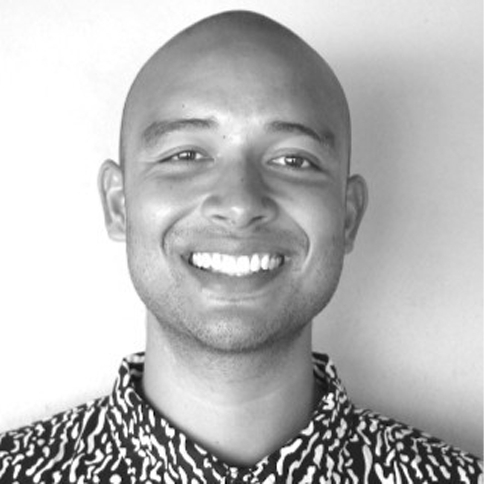 Sean Begg Flint is the founder of Position Digital, a digital marketing agency for ambitious startups and growing brands. He is passionate about purpose-driven content marketing and using outreach for good.