CMOs Are Getting Targeted Demand Gen Confused with ABM

I recently asked a CMO of a channel sales tech firm about her ABM program. She rattled off the technologies they were using....6sense, Terminus, Xant, Outreach and others. She mentioned how they were a case study for 6sense.

While they were getting traction with their program, they were challenged to win multi-year contracts with accounts that would need a deal size of more than $75K per year. Accounts that large would consistently move forward with what they "saw" as a safe bet, which was Salesforce or another large player in the market. They were obviously not teaching for differentiation with content and messaging that shows the impact that competitor-specific gaps would have on the target accounts. They weren't changing the sales and marketing conversation. They weren't changing the interactions that sales and marketing were having with larger accounts that can provide the strongest revenue growth. They treated all accounts the same. The focus was on driving targeted demand to get accounts into the funnel instead of driving revenue growth with the accounts that could have the greatest impact on the bottom line.

ABM Should Not Be About Targeted Demand Gen

The CMO in my story above viewed ABM as a targeted account-based advertising and targeted demand-gen program that’s enabled by and scaled with ABM tech. While Demand Gen should play an important part in an ABM program, there is a difference.

During an ABM Done Right Podcast, Corrina Owens (Senior ABM Manager for Gong) mentioned that ABM platforms have diluted the market on what ABM is about. Their big selling point is the targeted advertising approach -- and it has become the norm, where many have forgotten the principles of ABM and how it needs to be hyper-personal to the account, the individual buying committees, and to the human buyers themselves. This tech focus makes ABM all about campaigns and touches vs. creating differentiated, relevant moments, interactions and experiences. It’s become a bunch of tactics (retargeted ads, emails, Outreach campaigns, etc.) to get accounts into the pipeline. But it should not be about getting accounts into the pipeline. The ABM organizations that focus on pipeline KPIs and marketing sourced revenue are only doing account-based lead gen, account-based advertising, account-based awareness, and account-based demand gen.

ABM Becoming Targeted Demand Gen – Can This Be Why 66% of ABM Programs Underperform?

ITSMA and Tech Target both recently reported that 66% of ABM programs underperform when it comes to revenue growth.  I believe the underperformance is because ABM has become a “thing to do” for the top of the funnel to drive a stronger pipeline with target accounts. But ABM should be about how leadership, sales, marketing, revenue, sales enablement, customer success and product teams together will hit the numbers the business needs to get to the next level. It's a strategy on how the teams will fix business challenges that are tied to the fundamentals of revenue: win rates, deal sizes, sales velocity, stage progression, sales cycle time, retention, ARR, margin growth, and expansion. Because ABM has become targeted demand gen, GTM teams are challenged to go upmarket, drive stage progression and create larger closes faster.

It’s time we think of ABM as ABR (account-based revenue) and focus on how we will drive more revenue growth with the 20% of accounts that can deliver 80% of today’s and tomorrow’s revenue growth. As Corrina Owens (Senior ABM Manager for Gong) mentioned on our ABM Done Right Podcast, “It’s time we take a less is more approach to ABM where we focus less on targeted demand gen and provide hyper, personal attention to fewer accounts at any given time and on the interactions we’re having with these accounts.” 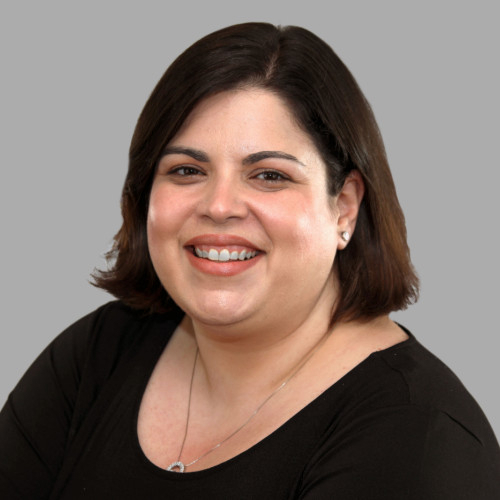 Kristina Jaramillo (President of Personal ABM) helps GTM teams engage, win and expand key tier 1 accounts that can deliver 80% of today’s and tomorrow’s revenue growth. By changing sales and marketing motions, Kristina and her team reversed “no” positions with enterprises like UPS, protected at-risk accounts like P&G, and drove expansion with global companies like Sephora. You can learn more about her personal account-based approach to sales and marketing plus see why 66% of ABM programs underperform by downloading her on-demand webinar at: http://personalabm.com/why-abm-programs-fail-webinar