CMOs as Futurists to Navigate the Metaverse

The word “Metaverse” has entered the public discourse since the announcement by Facebook in late July that the company’s divisions focused on products for communities, creators, commerce, and virtual reality will increasingly work together to help bring the (Facebook) Metaverse to life. Facebook’s Horizon Workrooms announced just last week is a manifestation of that focus. Metaverse isn’t the buzzword as it is made out to be, though.

Before the pandemic, the internet was a way to connect and communicate with other human beings and entities. Without realizing how quickly this happened, we are instead now living inside the internet more so than outside of it, with our physical spaces restricted and our real social interactions a pale shadow of what they used to be. The Metaverse as a phenomenon has been quietly gathering momentum even before Neil Stephenson introduced the word to popular culture in his dystopian near-future science fiction work, “Snow Crash”. The convergence of the physical and the digital across a persistent and shared continuum.

Let us go back in time for a moment. The word “mainframe” conjures pictures of room-sized computers with big knobs and dials amid a sea of blinking lights. The truth is not that far from that image. IBM 7094 was the most powerful mainframe computer introduced to the world in 1962. In another twenty-five years, “personal computers” way more powerful than the 7094 and compact enough to sit on top of desks revolutionized computing as we know it. Since then, our interface with technology far more powerful has come to rest on our palms. The smartphone entered the mainstream with the introduction of the first iPhone in 2007, approximately thirteen years after the desktops achieved a level of ubiquity. You might be wondering what the point of this well-known rhetoric is.

Josh Wolfe, managing partner of Lux Capital, an early-stage tech-focused VC, calls this phenomenon the “half-life of technology intimacy”. “With each advancing period of time, technology becomes less visible, less inorganic, less unnatural and less distant. From one shorter time period to the next, tech disappears into more natural human interfaces.”, according to Josh. It is to be expected that we will transition from the flat linear interfaces of our smartphones to something else next. Will it be voice or motion? Will it be virtual reality? Enter Metaverse. Or simply put the next logical progression of the internet itself.

It has been here

While most of us grappled with remote work and keeping our emotions under check during incessant Zoom meetings, our cybernetically superior younger generations, especially the millennials, were busy spending billions of hours building their own digital worlds in Fortnite, Minecraft and Roblox. Advances in virtual reality (VR) hardware and augmented reality (AR) experiences continue to push the boundaries to eventually make our digital reflections become more like our digital presence. “Presence” is the operative word, a combination of voice and gestures and hopefully less hardware or device-dependent as we progress. Marketing arguably changed with the rapper Travis Scott’s virtual concert within Epic’s Fortnite last year. It set us up for exploring possibilities for brands to be part of experiences in the Metaverse.

The famed designer brand Gucci opened its virtual Gucci garden experience within Roblox this May as an example. A digital version of Gucci’s Dionysus Bag created for the Roblox marketplace sold for over US$4,000, exceeding the price of its physical version. Social commerce with influencers using augmented reality will evolve to the Metaverse too. Taking advantage of Apple’s LiDAR sensor, Snapchat created Lens Studio 3.2, AR lenses powered by LiDAR technology that allows creators and developers to build AR experiences that are more realistically integrated with the physical world.

Imagine walking past a digital OOH display at the train station, with a mere gesture in thin air in front of the display, your fingers pulling the trainers on display and dropping them literally with your fingers hovering over your phone’s surface, where a 3-D hologram of you wearing the trainers comes to life almost instantaneously, asking you if you’d like to avail the limited-edition on the spot discount at that moment and order (and pay for the trainers) in your size with a simple “Yes” or collect the version with your avatar wearing the trainers as a Non-fungible token (NFT, and in this case cheaper than the trainers) instead of by vocalizing “NFT” instead. That might just be around the corner, but that is only one small element of the Metaverse.

Mind the Hype Curve and Hyperbole

Remember how voice-enabled commerce was supposed to have changed how we shop, and how autonomous vehicles were supposed to have been here and how robots were supposed to have taken over all our jobs? We must be acutely aware of the actual trajectory of technological development and not overly invested in one or the other walled gardened-version of the Metaverse. Eventually, many Metaverses will coexist symbiotically, enabling users and communities to port themselves and their experiences across platforms. Cryptocurrencies may even be an embedded payment layer within the Internet 3.0, making the exchange of value as simple as exchanging information. Until then, though, we should embrace our roles as futurists and cultural anthropologists to connect the dots and follow our consumers in this and all the other worlds. 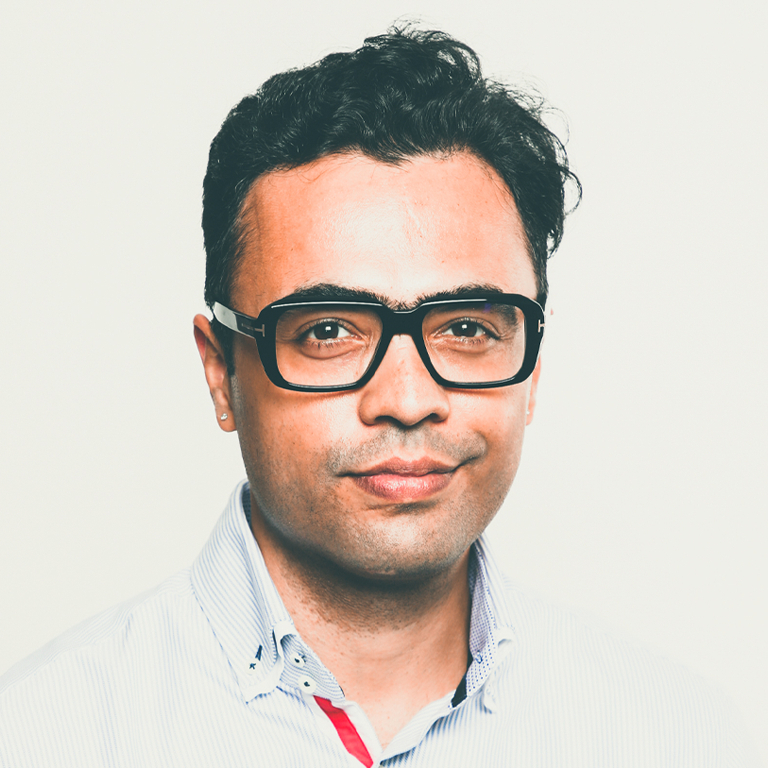 Rahul has over eighteen years’ experience in B2B marketing, account management and consulting. Currently leading the global marketing at DOCOMO Digital, the international payments business of NTT DOCOMO, part of the 3rd-largest telecom group globally. Before joining DOCOMO Digital, Rahul served in multiple leadership roles at Mercer for over a decade, in India and in Singapore. Rahul is passionate about brand purpose, digital storytelling and human-centred design thinking. Rahul recently completed a part-time Master’s program in digital media management from HyperIsland. He has been recognised as one of the top 50 marketers in 2016 by CMO Asia and by LinkedIn as a social selling expert CMO.