The economic prosperity of different states in the United States was not inherited but created. As such, every state’s success depends on the level of innovation and management of resources by its leaders.

Fierce competition among politicians and ardent citizens who demand nothing but the best leadership pressurize the political top-class to give the best output. The latter has therefore contributed to the blossoming of these industries in the face of the national competition.

The market advantage is affected by many factors that include but are not limited to cultures, economic values, national values, and history.  Different states have invented unique ways of making their industries' activities run smoothly to maintain a stable economy.

However, not every state can be competitive in each sector. Therefore, the states prioritize sectors that need minimum resources for better returns.

Not long ago, Atlanta's city was the Las Vegas of the east coast as the land-based gambling sector was at its peak in New Jersey.

Unfortunately, with a wave of state and national deregulation, many investors lost faith in the industry, and the city struggled to market its casinos. Additionally, NJ was unable to withstand the weight of competition from resource-rich states such as Nevada, New York, Penn, and Ohio.

In 2013, as hope faded for casinos in Atlanta and elsewhere in NJ, online gambling was born, and in 2016, the state casinos recorded its first positive year to year revenue. Since then, online casinos have provided a competitive advantage to casinos in Atlanta while employing thousands in the state.

The industry generates more than $14.5 billion in annual revenue for the state. And according to scam.info, New Jersey online casinos are projected to continue performing extremely well in 2021. In other words, the Garden State will continue to reap big from online casinos.

The Technology industry in California

California boasts of a better economy than most states in the US, with the tech sector being the most luminous industry.  The sector employs 250,000 people, representing 4.3% of total employment in the state while contributing a massive $481.7 billion to its GDP. Google and Facebook have found a home in this state.

California has invested heavily in the academic, private, and research industries to ensure that they set impeccable innovation standards to match the customer's expectations, with Stanford and Berkeley's universities supplying these companies with fresh graduates equipped with the skills necessary to reach the companies' needs.

The entrepreneurial culture that has been fostered here ensures that there are unending business startups.

The Mining industry in Texas

According to Forbes, Texas has an economy of $1.9 trillion, the second-largest in the country after California. The state has several industries playing critical roles in the annual earnings. The mining sector plays a principal role in the state's economy.

Texas leads in crude oil production in the state, accounting for 22% of the total GDP. The oil industry employs 1.8 million citizens generating a staggering $18 billion in revenues and taxes annually.

The state has upheld infrastructure through the construction of railroads for the transportation of oil. This infrastructural improvement has affected industries like lumber production, thus increasing incomes.

Low oil prices in the state have encouraged automobile ownership that has assured the market for its products. Consequently, the technology industry has profited too. The state has reduced severance tax as incentives to the operators, reducing the production costs.

The Financial industry in New York

Wall Street is the backbone of New York’s finance sector. The state’s economy is spearheaded by the New York Stock Exchange (NYSE) and NASDAQ, the world's biggest stock exchanges. The location of these significant industries in New York boosts the annual revenues through taxation and employment.

The finance sector was responsible for 183,000 jobs in 2019, with exchanges nearing $100 billion, showing the aggressive impact of the state's strategies. Favorable trading policies and standards encourage investment in the stock sector in New York.

The tourism industry in Nevada

Nevada boasts of the multibillion-dollar tourism industry. Gambling is the most marketable product in the state but it’s not the only one.

The gambling and tourism industries are interdependent, attracting millions of gamblers from around the world. Furthermore, the state is endowed with diversified natural scenes that attract millions of tourists annually.

In 2019, the tourism industry accumulated $67.6 billion in revenues while the gambling sector amassed $12 billion. Friendly state policies on gambling have encouraged investors to invest in casinos and retreat centers, unlike other states with strict laws on the latter.

Four hundred fifty thousand jobs have been created in this industry. Almost 50% of all workers in Nevada are employed in services related to the tourism industry.

The aerospace industry in Colorado

Colorado has the second-largest aerospace economy with two hundred and eighty registered companies in the aerospace industry, which provides over 30,000 direct employment opportunities. The industry contributes $15 billion to the state's economy annually.

The state has invested heavily in education and technology to ensure a steady supply of highly educated workforce to these companies. For instance, Colorado state is home to the US Department of Defense and NASA facilities for research and development that have since partnered with state universities to create the world's best aerospace engineering standards.

Furthermore, its central location facilitates swift satellite communications to Asia and Europe. Secondary companies like those involved in cyber activities and renewable energy have provided a fertile ground for the aerospace industry's growth.

The agricultural industry in Iowa state

Iowa has for long been the breadbasket for the United States. Although it ranks second behind California as the leading agricultural producer nationally, Iowa has done impressively impressive considering its smaller size.

According to USDA 2019 reports, the state is the leading producer of corn, wheat, dairy, and pig in the country. One unique aspect of Iowa's agricultural sector is the amount of specialization and research that the state has invested in.

Famers can access affordable modern farming technology and the best animal and crop breeds available anywhere globally. The industry generates over $110 billion in revenue and employs well over 30,000 Americans.

The USA is endowed with diverse resources in various industries. The stable country’s economy and a pacified social environment have enabled different states to take market advantage in specific sectors through specialization. 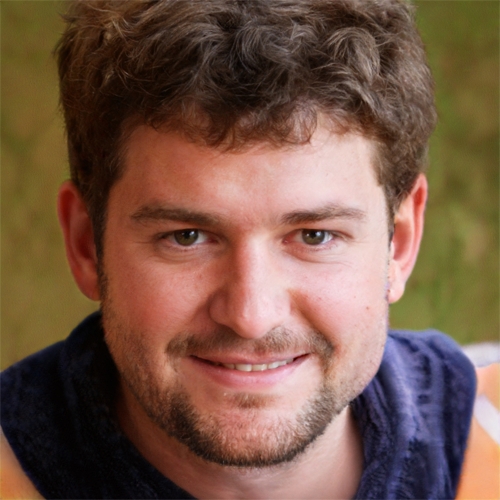 Lars Holmström is a SEO expert with over 10 years of experience in niches like online gaming, tech products, and web services.