The pandemic aftershock promises to put pressure on the logic that underpins stakeholder capitalism, presenting the conditions for a more clear role for brand purpose in business and better structures of accountability that can supersede or at least co-exist with the prevalent shareholder-first model.

According to 12-month prediction scores from our cultural intelligence platform as well as dozens of interviews with our advisory board throughout 2020, the year ahead will be defined in great part by a perfect storm of polarizing forces, including  intensifying culture wars, opposition to vaccines, climate denialism, rising economic insecurity, and a pandemic-induced decline of political rights and civil liberties around the world.

The pandemic has exacerbated inequalities and polarization. It has put in evidence how intricately connected the public and private sectors are and how urgently consumers, employees, and other stakeholders need corporations to make a meaningful contribution to advancing solutions to the world’s most wicked problems.

From a consumer standpoint, there is no question that the majority of people expect brands to pick a side and take action, a trend that has been steadily gaining traction and reached new heights in a year defined by a public health crisis and social unrest. Employees also expect their employers to be part of the solution on a wide range of issues from mental health to social causes. The term “social justice” was uttered by chief executives 107 times in earnings calls this year (July-September) versus only 4 times during the same period in 2019.

As 2021 comes into focus, we see three rising and interconnected trends that promise challenges and opportunities for organizations seeking to define a bolder role for themselves in society, a task that seems increasingly table stakes to remain competitive. One, brand activism must take on the existential cause of reality manipulation. Two, stakeholder capitalism is evolving to define better systems of accountability. Three, civil service is increasingly becoming fertile ground for disruption.

The astonishingly successful crowd-funded French film Hold-Up is a three-hour melting pot of conspiracy theories that touch on everything from face masks, 5G mobile networks, to the New World Order, a global totalitarian effort to eliminate and/or enslave the poorer 3.5 billion people. The film has been seen by over 2.5 million people, is widely edited and distributed via messaging apps and social media platforms, and is frequently referenced in real-life protests on the streets.

While it’s easy to dismiss signals like Hold-Up as extreme disinformation, it is also important to note their resonance with large portions of the population who are active participants in the consumer economy. What is the responsibility of marketers to those who are the most vulnerable to alternative facts, fake news, and misinformation? The answer is far from clear but there is no doubt that this will be a defining issue for business in years to come.

One of the biggest challenges of the media-rich and low-trust era we inhabit is that the more politicians, experts, and authority figures debunk misinformation, the more visible it becomes, in some cases even to the detriment of truth and common sense. This leaves brands with two choices, ignoring the problem, or providing a counter-narrative which can in turn contribute to polarizing the public even more.

In 2021, effective brands must work harder to advance a worthy cause while also contributing to the more universal cause of fighting reality manipulation technology and actors. This could translate into a more robust joint effort to battle misinformation, acknowledging the existential threat that it represents for every business and the fact that the problem now exists far beyond tech platforms.

To Which Stakeholders Are Organizations Accountable?

From equal pay to diversity in the workplace, to calls for the triple bottom line, and more, these demands are stretching businesses in different directions, some synergistic and some in tension with each other. All of them asking one deceptively simple question, if not shareholders, to which stakeholders are organizations accountable?

Alongside fighting for worthy causes, businesses in 2021 cannot afford to ignore this question. Corporations have spent decades perfecting the systems of accountability that fuel shareholder capitalism. There is no clear blueprint to do the same once earning returns are no longer the primary purpose of businesses.

Accountability matters a great deal to elevating purpose as a true north of stakeholder capitalism. Take sustainability, where some sense of progress can be tangible as hundreds of organizations have set carbon reduction targets through the Science Based Targets initiative. Despite these efforts, it’s hard to point at whom these organizations are accountable to and as a result the impact of these voluntary measures is limited by a lack of consistent reporting on progress.

With higher public scrutiny, lower trust, and increased transparency demands, some businesses are internalizing purpose through market dynamics and aiming to disrupt or enter “purpose-rich” areas that have been traditionally the realm of government like education, healthcare, climate change, and public infrastructure. In this sense, civil service in its literal meaning can be understood as a market on its own right.

In the recent past, brands have been pushed into civil service to compensate for petty government incompetence through PR-worthy actions like fixing potholes. Today, organizations are positioning themselves to address more structural issues with a much higher potential to increase quality of life for many. In return, these organizations can access new markets and create significant competitive advantage.

Designing business models that address our most pressing global challenges might be exactly the right prescription for a volatile world where the next climate-related crisis can prove to be truly existential. Humanity will need every ounce of ingenuity. Fortunately, this is a resource businesses have in spades. 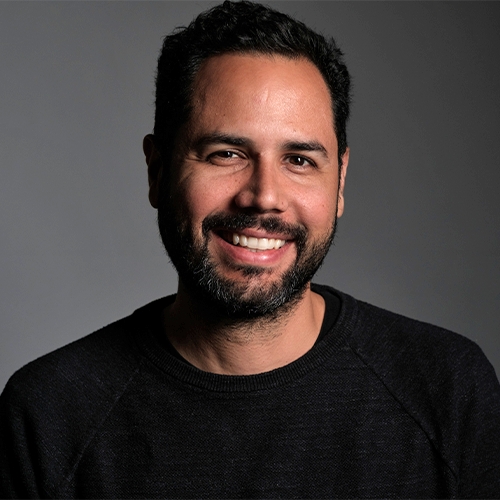