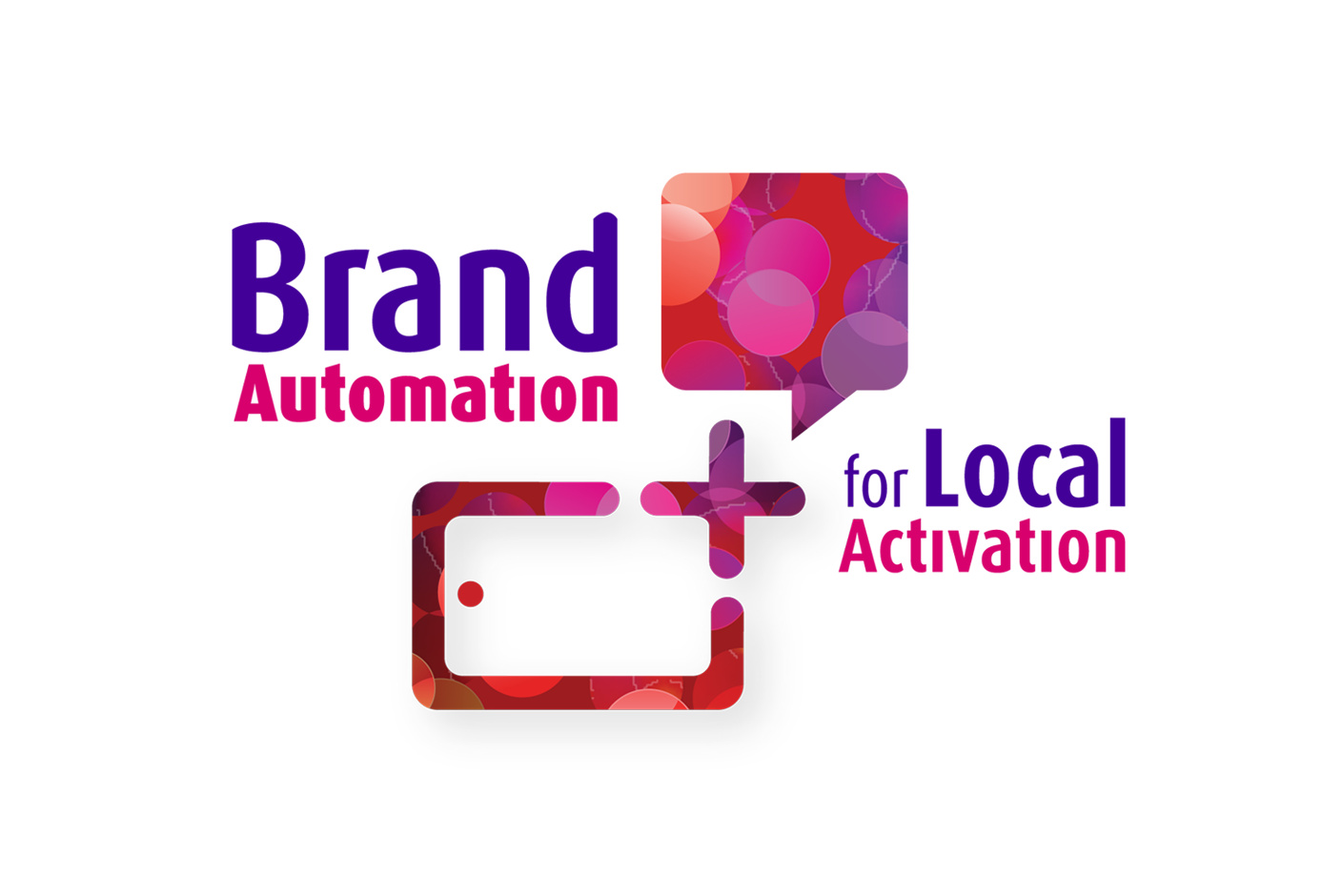 The Location Based Marketing Association is an international group dedicated to fostering research, education and collaborative innovation at the intersection of people, places, and media. Our goal is simple: To educate, share best practices, establish guidelines for growth and to promote the services of member companies to brands and other content-related providers. The over 600 members of the LBMA include retailers, restaurant chains, agencies, advertisers, media buyers, software and services providers, and wireless companies.

Leveraging technologies and applying a comprehensive, connected localization strategy is critical for businesses spread across large distributed networks, those with complex channel distribution networks and for any organization that must make the customer experience span both online, mobile, social and brick and mortar engagements.

Consider the latest data on the impact of localization strategies on business, behavior and outcomes. According to the US State Department, US firms loose $50 billion in potential sales because of problems with translation and localization. ComScore states that 90 percent of online commercial searches result in an offline purchase. Data from Google indicates that 61 percent of local searches on a mobile phone result in a phone call. And according to the DMA, 80 percent of household budgets are spent within 50 miles of the home.

So it is even more confusing that in the CMO Council’s study, “Localize to Optimize”, that as nearly one out of four marketers is spending over 50 percent of budgets on local programs and promotions, a staggering 61 percent are not tracking the impact of national advertising on a local level. And as 49 percent of the respondents agree that localized marketing is critical to business growth, only 30 percent have embraced localization automation tools or platforms.

Most telling of the localization shortcomings emerge in the CMO Council’s study, “Greater Gains From Digital Campaigns”, in which 49 percent of marketers admit that, on average, localized marketing campaigns are deployed between 4 – 20 days after the deployment of the initial global campaign. A staggering 20 percent of the marketers surveyed have launch cycles in excess of 30 days.

Marketers are struggling to maintain brand image and consistency across complex networks, challenged to roll out global campaigns across multi-national or multi-lingual localized campaigns, and are at a loss as to how to measure the impact and effectiveness of these campaigns.  Those who have adopted content management programs in an effort to standardize materials often find that the stringent guidelines do not allow for the level of personalization and localization needed to most effectively impact a local market. These systems have also fallen short in effectively measuring and monitoring spend, adoption, value and reach.

So how can marketers more effectively activate local customers to either engage with a local store, vendor, partner or even individual agent? What are the required channels, measures and resources that combine to create a comprehensive strategy to optimize customer activation? 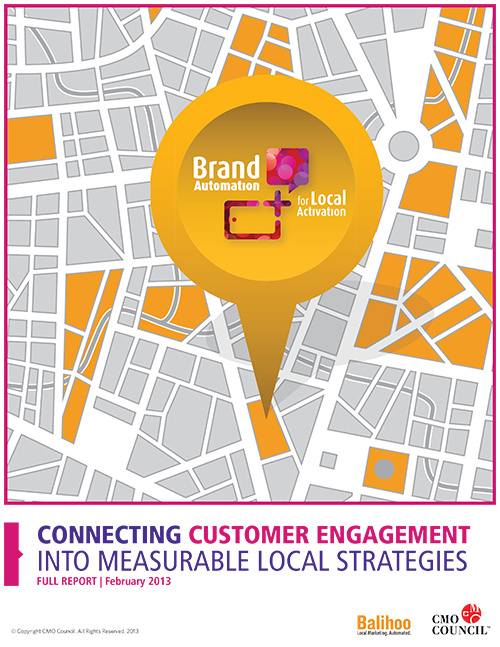 This in-depth analysis reveals that even in the face of constrained budgets and overly taxed resources, marketers are optimistic that through improved targeting, relevance and measurement, optimization is possible, even at the most local, one-to-one customer level. However, to maintain brand image and effectively impact the bottom line, marketers will need to rethink the people and processes that connect local sales activation across their often vast and complex sales networks. ... More

One to One Local Marketing - Bluewater

Empowering Local Marketing; It's As Easy As 1-2-3 - Distribion

SoLoMo Manifesto, Just About Everything Marketers Need to Know about the Convergence of Social, Local, and Mobile - Moment Feed

March 2013 - How To Avoid The Pitfalls Of A Multi-National Website - CMO.com

January 2013 - Is Location Based Advertising the Future of Mobile Marketing and Mobile Advertising? - Forbes

December 2012 - SoLoMo: What You Need to Know - Social Barrel

November 2012 - Why Mobile Commerce Is Set To Explode - Business Insider

November 2012 - 'How can a local brand become a global brand like Jollibee?' - Inquirer Business

November 2012 - Black Friday Marketing: It's Not All About the Benjamins - Business 2 Community

November 2012 - From SoLo to ROI: Make an Impact on the Bottom Line with Location-Based Marketing - iMedia Connection

October 2012 - Why Restaurants Should go "SoLoMo" with POS Technology - Futurepos.com