Optimizing Marketing Partner Performance and Value in a Digital World

Ace Metrix™ is the leader in applying technology to the challenge of evaluating creative advertising. Our solutions help companies measure and improve the effectiveness of video advertising, directly improving their bottom line. At the heart of the Ace Metrix vision is the company's Creative Lifecycle Management™ concept which provides customers with the insight and tools they need to optimize their advertising campaigns from the inception of an idea through to its delivery to consumers - significantly improving the measurability and actionability of their creative.

Harmonizing, synchronizing and unifying distributed agency assets and global marketing resources across both demand and supply chains, necessitates the deployment of database and process-driven operational marketing models and performance platforms that further accountability, output, productivity, efficiency and effectiveness. Closer alignment and linkage with procurement and purchasing professionals within global enterprises is also enabling marketers to bring greater rigor, structure and discipline to the agency consideration, evaluation, selection and review process. 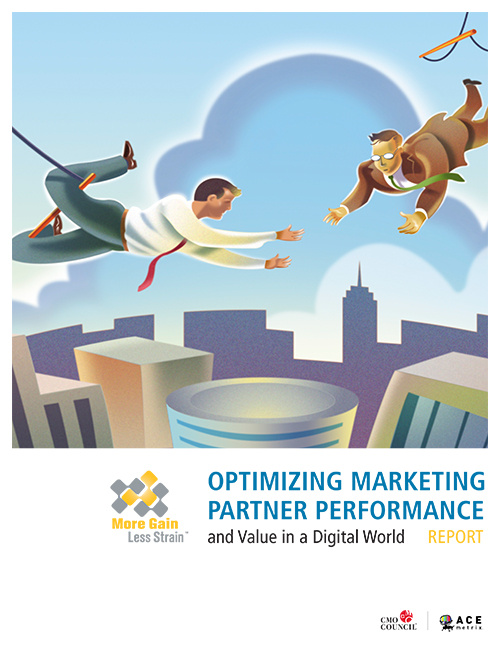 This study reveals that ad agencies are struggling to evolve in the digital age, resulting in high turnover of interactive marketing firms. On the flip side, clients lack creative ad scoring systems and formalized campaign metrics. ... More

Are Agencies Paid Too Much... A Self-Administered Test - Blamer Partnership

HOW CONSUMERS PROCESS ADVERTISING CAMPAIGNS: See all or only the best? - Ace Metrix

November 9, 2011 - Agency-Client Relationship: Still Crazy After All These Years - MediaPost

August 26, 2011 - Is television the next mobile frontier? - Mobile Marketer

July 11, 2011- How In-person Meetings and Phone Conversations Will Save Your Client-Agency Relationship - Ad Age

June 14, 2011 - 10 Essentials for an Effective TV Commercial - The Houston Chronicle

May 27, 2011 - Agencies Should Demand Better Briefs From Their Clients - AdAge.com

May 15, 2011 - TV Networks Expect a Jump in Spending on Commercials - The New York Times

February 14, 2011 - Old and Improved: Relationships That Last for a Century - AdAge.com

April 26, 2010 - How to Save the Troubled Agency-Marketer Relationship - AdAge.com

Ads of the World

Engage, Revised and Updated: The Complete Guide for Brands and Businesses to Build, Cultivate, and Measure Success in the New Web